Freezing eggs for another day

Egg freezing is a revolutionary technology that allows mature eggs to be frozen and stored for later use. Women wanting to wait to have children can now access this technology, rather than worrying about the tick of the 'biological clock'.

Initially, egg freezing was developed for women facing medical procedures. Treatments for cancer, for example, have been known to affect fertility. As mentioned, egg freezing is now increasingly used by women for a variety of 'social' reasons.

We know that a woman's fertility - including her ovarian reserve and egg quality - declines with age. Egg freezing can be a useful option for women who are considering starting a family one day - but not today.

A brief history of egg freezing

Sperm cells have been frozen, thawed and successfully used in fertility treatment for over five decades. But the freezing of egg cells has a much shorter history. As the largest cell in the human body, with particularly high water content, egg cells are difficult to manipulate. They are also difficult to freeze and thaw, due to the damage that can occur from crystal formation. Because of this, older techniques of egg freezing - 'slow freezing' - yielded low success rates.

This all changed with the development of the rapid freezing technique of vitrification. Vitrification literally means 'converting eggs to glass'.  Vitrification dramatically improved the success rate of freezing and thawing eggs. This gives it the potential for application in a wide range of treatments.

An increase in confidence

The first baby conceived from a vitrified egg was born in 2010. And in 2012, the 'experimental' label was lifted by ASRM (American Society of Reproductive Medicine). They cited studies that showed good thawing, fertilisation, implantation, and live birth rates from vitrified eggs.

Social egg freezing has made its way into the media eye in recent times. A few years ago, US Apple and Facebook announced in the USA that they would cover egg freezing in their employees’ insurance packages.

In the media, the reactions to company-sponsored egg freezing have been varied. Some see this technology as the ultimate gender equaliser, giving a woman the same time as a man to work on their own goals and careers. Some see it as a loophole to the 'biological clock'.  Julie Alvin, in a contributed article to Refinery29 entitled Why I Froze My Eggs After My Dad Died, embellished. "Whatever the outcome... I’d taken some measure of control over my reproductive destiny." You can find this article, among others, on our Featured Articles page.

Others expressed concerns that egg freezing was little more than a medical solution to the social problems. That these would lead women to delay motherhood anyway.

Indeed, some media coverage has painted women in a judgmental and unforgiving light. 'Career women' cheating science and postponing motherhood for the sake of their professions. It is only recently, however, that we understand how incorrect this impression is.

New research shows that the lack of a partner is by far the most common reason for a woman to freeze her eggs. Most women who do consider freezing their eggs do so either because they are single or not in a partnership with someone they wish to start a family with.

The number of women choosing to freeze their eggs has been increasing significantly in recent years. This year the HFEA called it the 'fastest-growing fertility treatment type' in the UK. Treatments have seen a 10% increase over the previous year. Despite this, egg freezing still constitutes a small percentage of fertility treatments overall.

In the UK, two-thirds of women freezing their eggs are 37 and younger, with a third aged 38 and over. Although vitrified eggs could, in theory, be preserved indefinitely, the legal storage limit in the UK is 10 years. 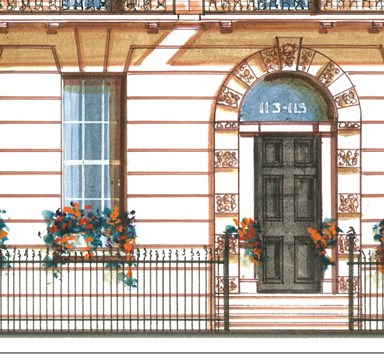