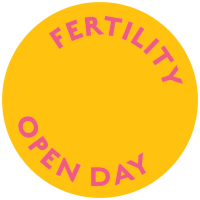 The first option for many women and couples trying to conceive. Find out if it is for you

IUI (Intrauterine insemination) involves placing sperm inside a woman’s uterus to facilitate fertilisation. The aim is to increase the number of sperm reaching the fallopian tubes and thus increase the chances of fertilisation. IUI is a type of fertility treatment in which high-quality sperm are separated from sperm that’s sluggish or non-moving. It’s commonly used by people who are using donated sperm in their treatment, including single women and female couples, but can also be used by some heterosexual couples.

Today, most (though not all) IUI treatments begin with a short course of hormone therapy for the female partner to encourage the development of several follicles and increase the chance of pregnancy. This stimulated IUI requires close ultrasound monitoring to avoid the risk of multiple pregnancies. IUI can also be performed in a natural cycle, in which the introduction of sperm coincides with ovulation. IUI allows the body to do more on its own than IVF, so it’s a more natural but also less successful form of treatment than IVF.

IUI is a less invasive and less expensive option compared to IVF and is the most commonly applied technique for donor insemination.  Success rates using IUI vary, and some patient groups, particularly lesbian couples and single women, can do very well. Once you’ve injected the sperm you’re allowing the body’s natural processes to take over whereas in IVF you have more control; you can check the egg has fertilised and selected the best embryos to put back into the womb. Success rates for IUI are generally around a third of that for IVF. However, where there is a problem with the quality of the sperm, the chance of pregnancy has been found to decrease. Most doctors suggest that IUI is seen as a course of treatment with three or more cycles recommended.  The cycles do not have to be consecutive to be effective, although recent studies suggest that consecutive cycles are associated with a higher pregnancy rate.

The London Women’s Clinic has been treating single women and lesbian couples for over a decade and has the largest donor insemination programme in the UK.  In conjunction with our partners, the London Sperm Bank, donor sperm can be purchased via their online catalogue and with no wait for treatment.

Sperm donors are screened for sexually transmittable agents (including HIV) and genetically inherited diseases. Sperm samples are frozen and quarantined for a minimum of six months, at which point the test for HIV is repeated before use.

For all patients considering treatment using donor sperm, counselling is always necessary to ensure they are fully aware of the UK's legislation on the identity of sperm donors. All children born as a result of donor sperm in the UK have the right at the age of 18 to know the donor’s identity.

Many women will have several cycles of IUI before they have a successful pregnancy so consider that when you’re thinking about the costs of treatment.